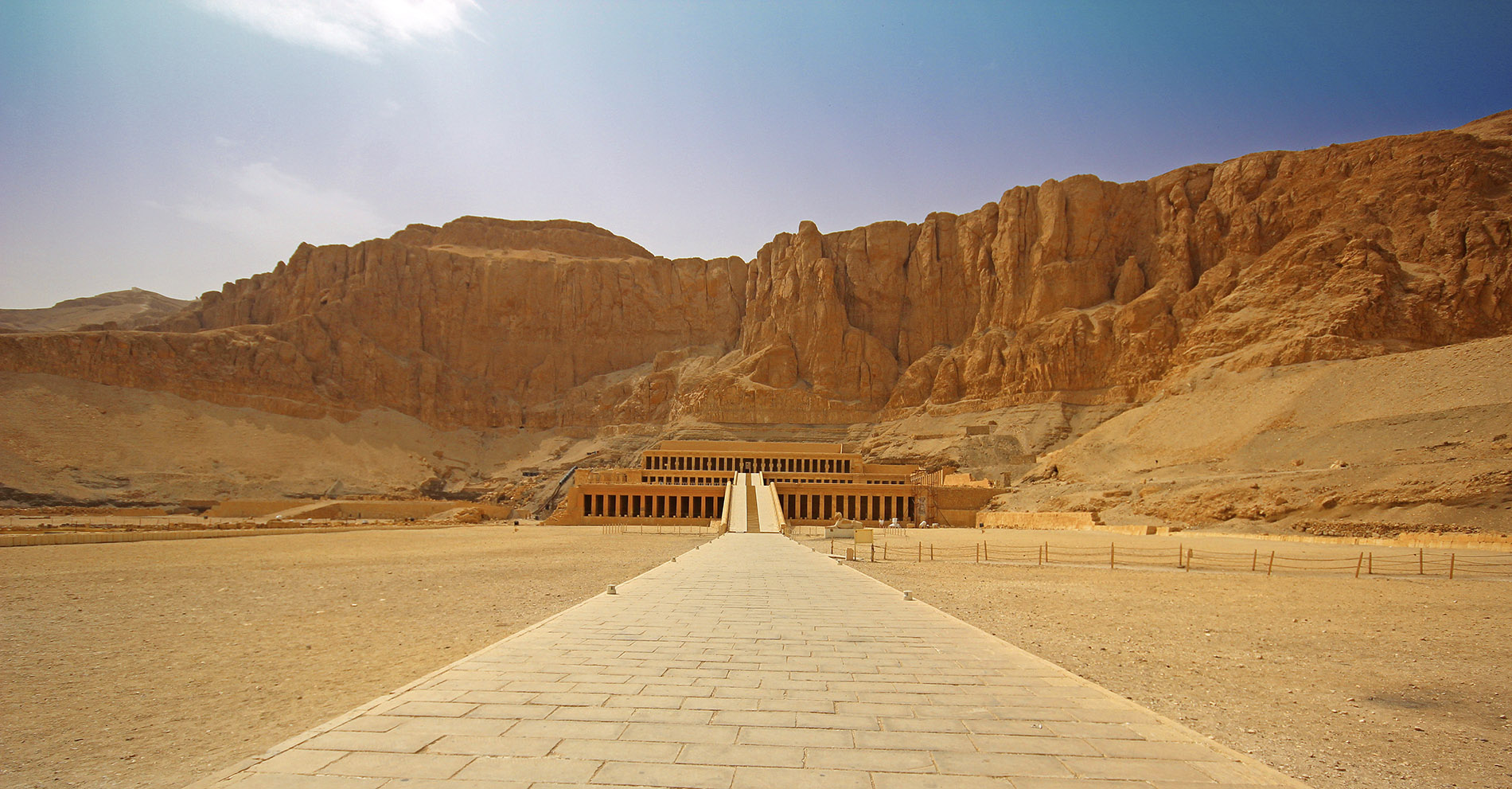 The temples, tombs and monuments of the Valley of the Kings in Luxor are integral to the pharaohs 'architecture of eternity'. Photo: Dorling Kindersley ltd / Alamy Stock Photo

Luxor must rank among the world's most extraordinary open-air museums of antiquity, along with the likes of Angkor Wat, Giza, Ephesus and Machu Picchu, but Egypt faces the sticky issue of balancing heritage with tourism and the needs of its people.

As sustenance has sprung for centuries from the fertile flood plains of the Nile Valley, so has sprawling cultural abundance – the rich legacy of ancient Egypt now telling its complex story to thousands of visitors who flock to discover a world past.

Egypt possesses about 30 percent of world antiquities, with 70 per cent of those in Luxor, many amazingly intact.

It is a story, however, that treads a line between heritage preservation plus valuing local sensitivities on one hand and inappropriate development on the other.

Photograph: The temples, tombs and monuments of the Valley of the Kings in Luxor are integral to the pharaohs 'architecture of eternity'. Dorling Kindersley ltd / Alamy Stock Photo.

The lure of the tourist and property development dollar is as evident in Luxor as it is in other World Heritage-listed places of high historic or cultural value such as Venice. This still lovely city with its crisp desert air that straddles the Nile, 720 kilometres south of Cairo, is idyllic compared to Cairo's bedlam. Its charming streetscape displays minarets, temple pillars, palms and sparkling streets.

Once ancient Egypt's Waset, city of the sceptre, and then the Greek city of Thebes, city of 100 gates, Luxor is toying with controversial development that embraces positive elements but also flirts with danger.

Tourism to Luxor flatlined after the 2011 Arab Spring. An all-time 2010 high of almost 15 million visitors to Egypt plummeted to below 5 million in 2015. Visitors are now returning with more than 8 million tourists in 2017 and 2018 and the resumption of direct flights to Luxor from Paris and London.

Visiting Luxor is like stepping into ancient history. The Karnak and Luxor temple complexes are breathtaking in their vastness, reflecting the absolute power and sophistication of Egypt's rulers. The temples, tombs and monuments of the Valley of the Kings and Valley of the Queens, across the Nile within the West Bank Necropolis are integral to the pharaohs "architecture of eternity".

They ensured the immortality of the rulers of this great capital of Upper Egypt during the New Kingdom that worshipped the god Amun-Ra. Even Luxor Museum is a perfectly formed little museum within the museum that is Luxor. This tourism boom is being enthusiastically welcomed in Luxor with somewhat alarming calls for "more entertainment venues" from international hotel chains.

Photograph: The Karnak temple complex is breathtaking in its vastness and one of Egypt's most popular sites. Photo: Alamy. 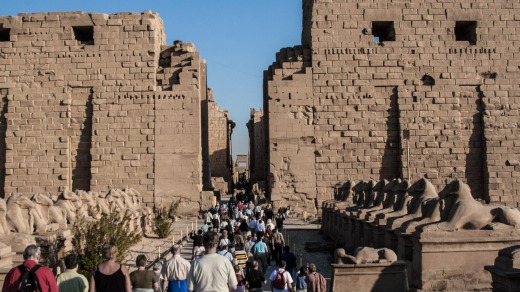 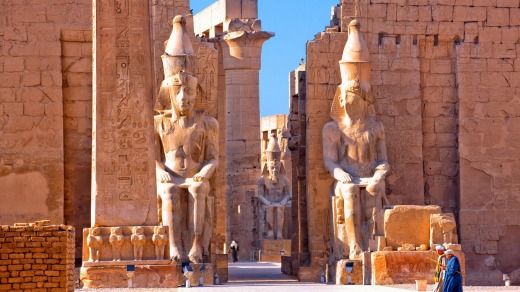 A positive element of the proposal (though there are sensitive local issues) is to restore the 2.7-kilometre long Avenue of the Sphinxes that once linked Luxor and Karnak temples.

Though the project paused in 2011 after the Arab Spring, excavation resumed last year of the more than 1000 sphinx statues that line the ancient processional road. They lie beneath homes, mosques and churches. Amenhotep III built the avenue, which was completed in 400 BC by Nectanebo I.

Photograph: The tourism boom is being enthusiastically welcomed in Luxor. Photo: Alamy.

Those concerned with Luxor's heritage say demolishing parts of Luxor City, especially parts of the processional avenue owned by the local community, isolates them from their social and economic networks. They worry that while the ancient path between Luxor and Karnak will be restored, interesting aspects of the medieval city will be erased.

Other heritage issues include fears that vibration and carbon dioxide pollution from new roads might threaten ancient structures, while vibration and increased humidity caused by large-scale construction could cause deterioration of stone, mud, mortar and paintings.

Residential demolition for wide-scale new developments would be out of context and impact authenticity. Concerns are that real estate developers may wield undue influence.

Egypt wants to relocate 30 million people from more crowded cities by 2050 and Upper Egypt is a targeted future local and regional investment hub. Real estate developers say "Upper Egypt is filled with mineral resources that could be used to create construction materials".

Egypt's General Authority for Investment (GAFI) offers investors unregulated access to land in Upper Egypt, protection against expropriation, the right to repatriate profits, and access to resolutions to any disputes administered by GAFI committees.

With tourism and increasing population, Luxor cannot remain untouched but it is to be hoped this beautiful place and its treasures will survive the scramble to cash in on the gold of the pharaohs.

By Alison Stewart for Traveller