From its early and humble beginnings as a cluster of small riverside settlements, Prague has matured into a culturally diverse, 192-square-mile metropolitan city that is spread out over the hills and along one of the most important river valleys in the Czech Republic. More than 6 million tourists visit the “City of a Hundred Spires,” so named for the multitude of church towers that punctuate the city’s skyline, and Prague continues to be a well-loved stop on many of our European river cruise itineraries.

A journey to Prague never fails to be an unforgettable, charming adventure. The intricate, elegant architecture that lines the quaint streets is almost frozen in time. From the imperial Prague Castle, to the world’s oldest operating astronomical clock, the Orloj, and the wonderful, delicious, traditional cuisine, time spent in Prague is always a pleasure, so much so that we’ve decided to include it as an extension of our Gems of the Danube river cruise, to share this amazing experience with our guests.

In this guide, we’ll provide a rundown of how best to enjoy Prague, from the amazing sights and attractions, to the city’s best cuisine and places to eat. We’ll also tell you about our Gems of the Danube river cruise, and how to tie in your visit to Prague as part of a wider adventure.

Ready to start planning your Prague river cruise?
Prague through the Centuries

The earliest known settlement of what is now Prague can be traced to the accounts of merchant Ibrahim Ibn Jakub, who wrote of a castle that was built on a hillside along the right-hand bank of the Vltava River. A second castle, known as Hradčany, was soon erected slightly downstream and on the opposite side of the river (more on this castle later). By 1085, the city was home to the first Bohemian king, Vratislav I; and once a stone bridge was built over the river in 1170, the city began to expand and develop quickly, though it initially grew as a collection of individual boroughs. By 1348, Prague was home to the first university in Central Europe; and in 1583, the city was appointed the capital of the Habsburg Monarchy (a rank that it would hold for almost three decades).

Over the subsequent centuries, Prague continued to grow—its population doubled from 40,000 to more than 80,000 people between 1705 and 1771—yet it wasn’t until 1784 that its four boroughs (Old Town, New Town, Malá Strana, and AnchorHradčany) were unified. During the Industrial Revolution Prague expanded further, and with the rise of the working class and strong national sentiment, a resentment of the ruling Austrian monarchy grew stronger. Eventually, Czechoslovakia earned its independence in 1918, though it fell under Nazi rule during World War II and four decades of Communism following a Soviet “liberation” effort during the late 1940s. Finally, in 1989, a peaceful rebellion against Communism, known as the Velvet Revolution, led to the founding of a democratic Czech Republic four years later. Today, Prague is entrenched as a major cultural center in Europe, and a highlight of many Scenic river cruise adventures. 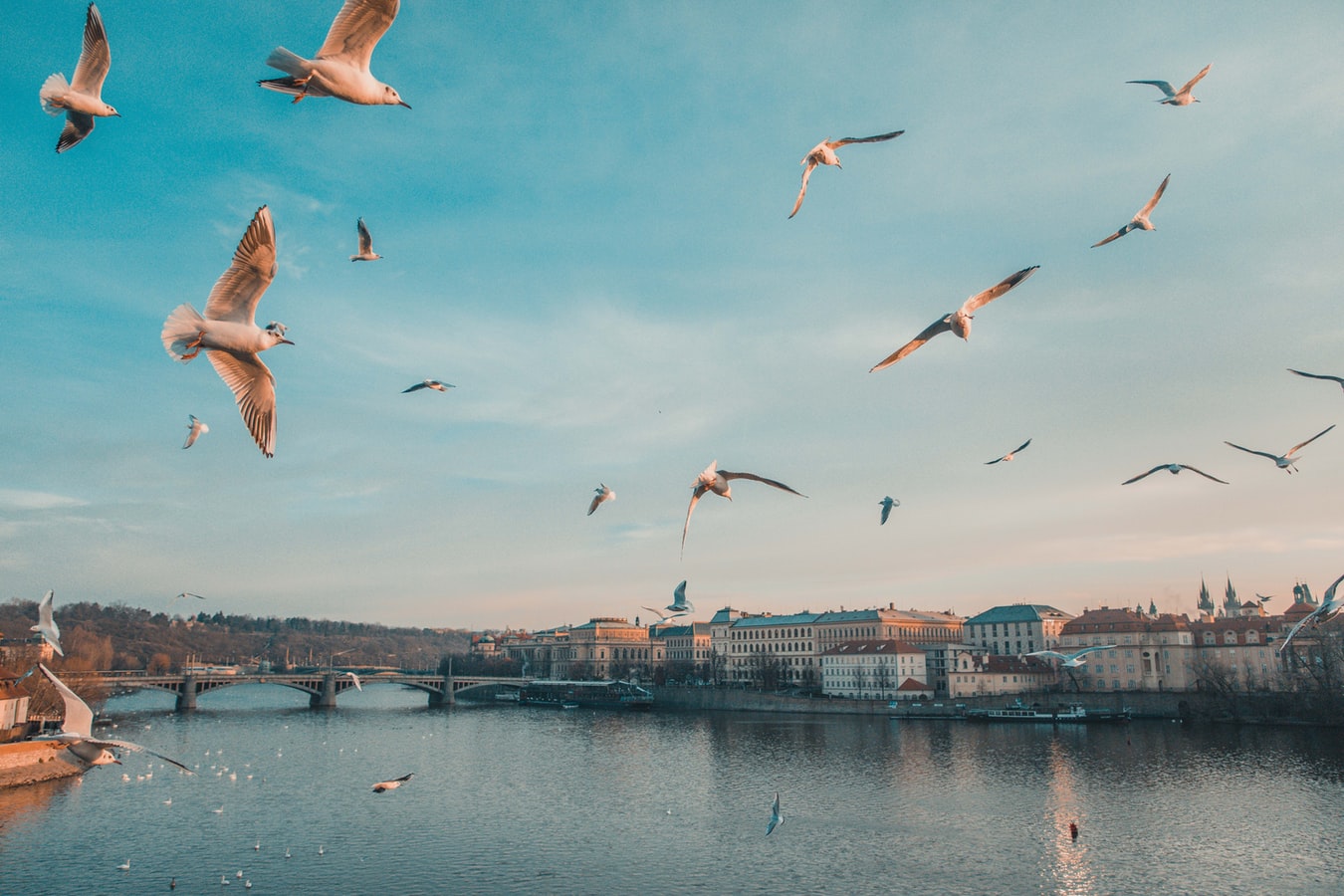 Sights to see on your Prague river cruise
When you arrive at the beautiful medieval city of Prague, it’s hard to ignore the distinctive, pointing spires of Prague Castle, as they reach up to the skies in what must have been an unimaginable height when work began in the 9th century.

A historical seat of power, Prague Castle has seen every type of ruler, from the kings of Bohemia and the Holy Roman Emperors, right through to modern-day Czechoslovakian presidents. There is no doubt that its four walls have seen plenty of history, through triumph and turmoil.

Next up, take a stroll along the world-famous Charles Bridge to take in the beautiful city at your own pace. Originally commissioned by Charles IV in 1357, Charles Bridge crosses the Vltava river and took almost half a century to complete. Our tip: as you walk along the bridge, gaze up at the 30 statues that line each side of the pathway, you’ll notice the Statue of the Lamentation of Christ, the Statue of St. Wenceslas and the Statue of the Madonna attending to St. Bernard, amongst others.

Look through any brochure, guidebook or website on the sights and architecture of Prague, and one thing you’re sure to see almost straight away is the city’s iconic astronomical clock, or the Orloj.

Built by Mikuláš of Kadaň in 1410, the clock’s main function was to replicate the movement of the celestial bodies, most notably the sun and the moon. (Ironically, presenting the current time was less of a concern.) The clock’s astronomical dial is a type of mechanical astrolabe—a medieval astronomy device that functions around the once-believed notion that the earth was the center of the universe. Every hour on the hour, from 9 a.m. to 9 p.m., a procession of 12 wooden statues of the apostles appear from the sides of the clock, as well as a statue of death that strikes the time. The clock has been severely damaged—and subsequently repaired—several times over the centuries, no more than during World War II. With a beautiful, intricately-shaded blue and orange clock face to represent the earth and sky, the Orloj is also equipped with a Zodiac constellation mechanism and equinox position tracker.

Wenceslas Square, one of the focal points of the New Town quarter of Prague adorned by the statue of Saint Wenceslas, is the central business district of the city, as well as being a World Heritage site due to the vast amounts of historical events that have taken place in this location. A horse market in the middle ages, the site of the Prague Uprising in 1945 and the Velvet Revolution in 1989, Wenceslas Square has seen its share of history. 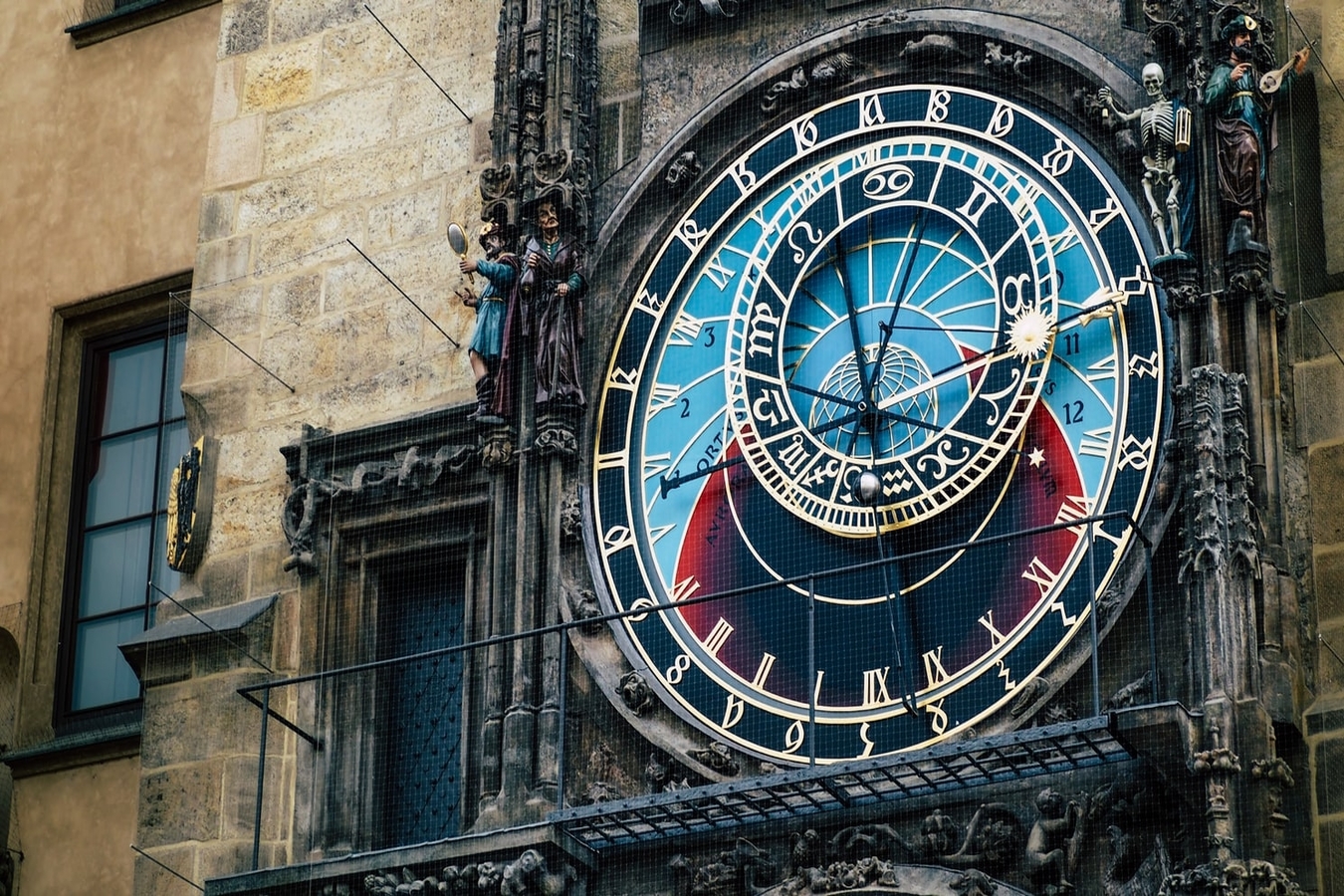 Cuisine and culture - what to eat in Prague
When to comes to cuisine, Prague has no shortage of options. From traditional, home-cooked Svíčková, or beef sirloin with cream to you and I, to Trdelník, or chimney cakes, there are plenty of delectable dishes across both the sweet and savoury spectrum.
As far as places to eat, as with any European city, you’ll find a large selection of cafés, delis and restaurants to choose from as you stroll along the history-laden streets. One example is Café Louvre, which, once the favourite of intellects such as Albert Einstein and Franz Kafka, has been open for business since 1902. 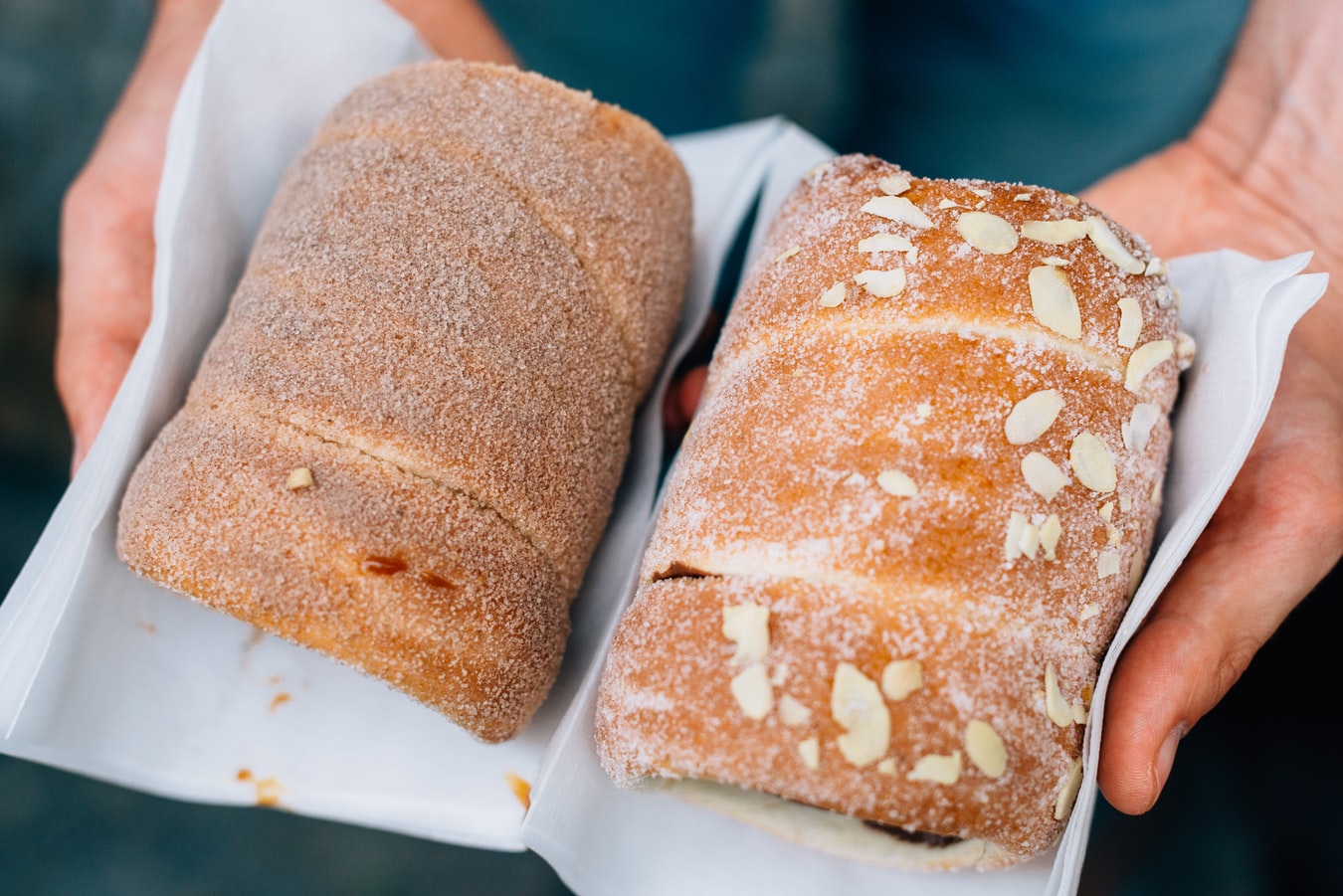 Gems of the Danube with Prague: Itinerary Breakdown

Our Gems of the Danube itinerary is available with a Prague extension. Seeing Prague this way is the perfect combination of two things: the city itself and one of Europe’s most beautiful rivers: The Danube. We offer this itinerary as an extension specifically for this reason, rather than having to miss out one of Central Europe’s most fascinating cities entirely.

So where exactly do you visit when setting sail on the Gems of the Danube with Prague river cruise? Venturing through some of the most exciting and charming destinations this region of Europe has to offer, Gems of the Danube takes guests from a luxurious three-night hotel stay in Prague (with breakfast), to an eastbound river cruise that visits: Nuremberg, Regensburg, Passau, Linz, Melk, Dürnstein, Vienna and finally, Budapest. The same itinerary is also available travelling westward.

Highlights include witnessing the poignant Documentation Centre Nazi Party Rally Grounds at Nuremberg, embarking on a guided bike ride from Melk to Dürnstein along the Danube river and making the most of 2 days in the unmistakably charming jewel of the Danube, Budapest.

Speak to one of our river cruise experts today to book your adventure of a lifetime, or download our European river cruise brochure to see more details of our different departure dates and cruise options.

Jewels of Europe with Paris & Prague
Paris to Prague
Explore the wondrous cities of Amsterdam, Cologne, Vienna and more on a 21 day journey from Paris to Prague. See the Rhine Gorge, Marksburg Castle and more.
Offers Available
Save $3,000 per couple Earlybird fare per couple
Conditions apply
21 day
From (USD)
$ 8,745
Discover

Christmas Markets with Prague & Paris
Prague to Paris
Enjoy the delights of Christmas with a 21 day cruise from Prague to Paris. Visit the Christmas markets and savour the atmosphere, traditions & delicacies.
Offers Available
Save $3,000 per couple Earlybird fare per couple
Conditions apply
21 day
From (USD)
$ 8,865
Discover