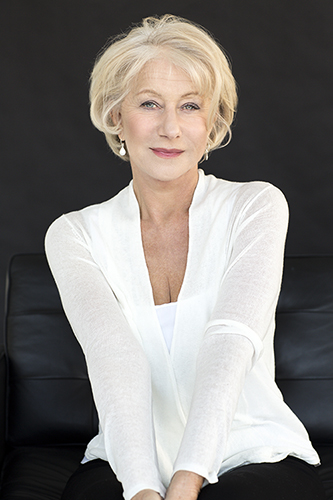 Scenic today announced the appointment of Academy Award winner Dame Helen Mirren as the Godmother for Scenic Eclipse, The World’s First Discovery Yacht. The maiden voyage of this luxury vessel is scheduled for August 15, 2019, departing Reykjavik Iceland on a 13-day discovery sailing, ending in Quebec on August 27.

“Scenic Eclipse is a unique ship that requires an equally unique person to act in this role,” said Glen Moroney, Founder and Chairman of Scenic. “We are delighted to welcome Helen Mirren as Scenic Eclipse Godmother - her style, beauty and spirit of adventure are true to those embodied in the design and ethos of Scenic Eclipse. Combined with the international acclaim as one of the world’s finest actresses, Helen Mirren makes the perfect Godmother to preside over the ship”

Helen Mirren added “I am very honored to have been chosen as the Godmother to such a beautiful vessel as Scenic Eclipse. She will have many adventures and a wonderful life as she transports her guests in immaculate style and great safety to beautiful places.”

In keeping with Scenic Eclipse’s stature as setting the standard for luxury exploration ocean vessels, it is only fitting that New York City has been chosen as the site for its christening on September 10, 2019.

Helen Mirren won the Academy Award for Best Actress in 2007 for her riveting performance in The Queen. Mirren's other Academy Award nominations include The Madness of King George (1994), Gosford Park (2001), and The Last Station (2009). Some of her other notable film roles include The Long Good Friday, The Cook, the Thief, His Wife & Her Lover (1989), Teaching Mrs. Tingle (1999), Calendar Girls (2003), Hitchcock (2012), Woman in Gold (2015) and in television as Jane Tennison in Prime Suspect and Elizabeth I. She will next be seen in the highly anticipated HBO/SKY limited series in the title role of “Catherine the Great” and in the equally anticipated Warner Bros.’ film “The Good Liar.”

As a traditional maritime role – the Godmother plays an important part within the ship’s christening ceremony and is responsible for the breaking of the champagne bottle against the ship’s hull. Many royal figures, actors, sports personalities and other persons of note have acted as a Godmother.

Scenic Eclipse has 114 all-verandah suites range in size from 32 m² to 247 m²; 10 dining options – from Asian Fusion to French fine dining to a chef’s table to a poolside buffet; a 550 m² spa with a well-equipped gym and separate yoga and Pilates studio; two six-guest helicopters and one six-guest submarine capable of depths of nearly 200m - to allow for explorations far beyond any done on expedition ships to date; a state-of-the-art theatre for entertainment and lectures; indoor and outdoor plunge pools; butler service for all guests; and an almost 1:1 guest-to-staff ratio.

Scenic Luxury Cruises & Tours has grown over its 33-year history to include award-winning, all-inclusive escorted tours that take participants to many of the world’s most fascinating destinations. Since 2008, Scenic has grown to offer truly all-inclusive, five-star river cruises in Europe, SE Asia, Russia and Egypt on its 15 Space-Ships. On August 15, 2019, Scenic is launching the World’s First Discovery Yacht, the 228-guest Scenic Eclipse. Sister brand Emerald Waterways has seven Star-Ships offering European river sailings with an eighth (Emerald Harmony) launching this year for SE Asia’s Mekong River.