Top 5 wildlife to spot while in Canada

Canada is renowned for its natural beauty and awe-inspiring wildlife – put wildlife spotting at the top of your agenda in this incredible country.
Typically, the best time to see Canadian wildlife is during spring when animals come out of hibernation and during the breeding season in autumn.
We recommend bringing a good pair of binoculars to help you search for animals as well as a decent camera to take your photos, plus a spare battery and memory cards. You will need to have patience though as spotting animals like bears or moose is a lot more difficult than other animals. Your Tour Director and driver will do their best to help you spot the animals, but make sure you keep your eyes wide open as you never know when you will chance upon a wildlife encounter.
Here are the top 5 wildlife you are likely to spot while in Canada.

There are three types of bears you can spot in Canada. These include black bears, grizzly bears (also referred to as brown bears) and polar bears. Black bears and grizzly bears can be found in the Canadian Rocky Mountains with peak viewing between May and October. These bears start to come out of hibernation from late April/May and tend to head towards grassland areas to feed. This is also the prime time to spot bear cubs who will stick close to their mothers.

The autumn months from late August to October, mark an excellent time to view grizzly bears as they go in search of salmon to bulk up before they settle down and hibernate for winter. Grizzly bears are the most common type of bear and can weigh as much as 700lbs. They can stand on two legs and reach a height of almost eight feet tall.

Interestingly, black bears are not always black in color, they can be grey or a light brown color and are actually much smaller than their grizzly neighbor.Enjoy close encounters with grizzly bears at Knight Inlet, especially between late August to mid-October when salmon take to the rivers to spawn.

Of all three bear types, Polar bears are the largest and can weigh up to 1,200lbs. If you want to spot Polar bears, it’s best to head to Churchill, Manitoba for viewings by Tundra Buggy – one of the greatest experiences of a lifetime. The best times to visit include March, mid-June to August and October to November. 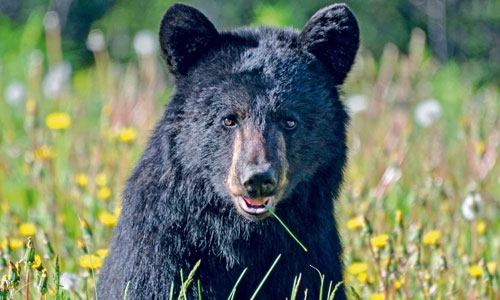 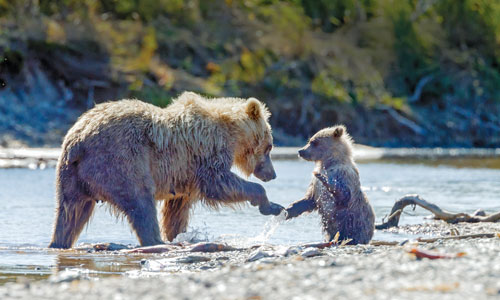 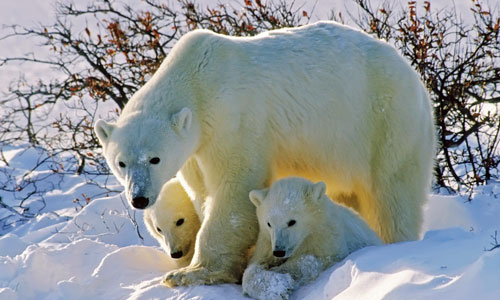 As well as bears in Canada, moose can be spotted in the upper Rocky Mountains including Banff and Jasper National Parks, but can be harder to spot than bears.
For your best chance to see a moose, look out for them at dusk and dawn from mid-May until July and in the autumn during breeding season.
Moose are solitary animals and spend most of their time on their own. They are also the largest species of deer. 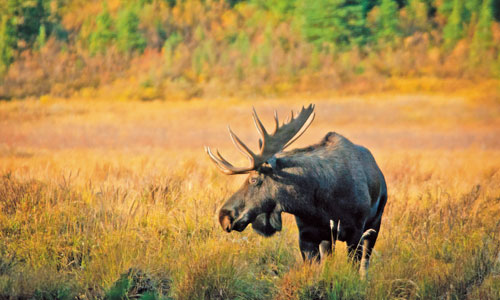 If whales are on the top of your list of Canadian wildlife to spot then you will be pleased to read that there are a variety of whales that may be seen from your cruise ship or zodiac as you cruise Canada and Alaska. Look out for grey whales and orcas.
The best time to spot whales off the coast of Vancouver is between May to October. During this time, look out for humpback whales, orcas, gray whales and minke whales. March and April is a particularly good time to view Pacific Gray whales which are migrating north along the west coast of Vancouver Island.
Besides spotting whales, you are likely to see other wildlife including bald eagles, brown pelicans and tufted puffins.

Unlike the solitary moose, elk are very sociable animals and are usually found with other elk.
This is one animal you are most likely to see during your Canada land journey so keep your cameras at the ready.
The North American elk, or wapiti is the largest form of the red deer species and are second in size only to the moose. Male elk are most notable for their large antlers.
Look out for them whilst in the national parks of Banff and Jasper and in the Rocky Mountain foothills of Alberta. 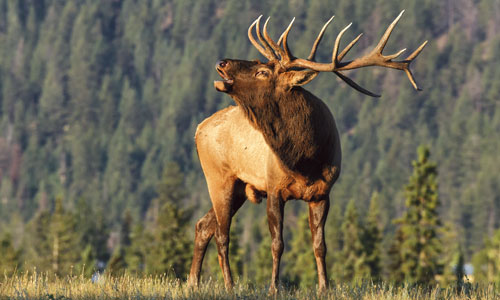 Bighorn sheep are very agile animals and are great at climbing steep terrain.
They are typically spotted in the alpine meadows, grassy slopes and foothill country of southern Canada, and close to the cliffs of the Rocky Mountains.
Bighorn sheep are also sociable animals, but only with their own gender except during mating season.
They get their name due to their large, curved horns on the adult males and range from light brown to grayish brown in color, with a white rump and lining on the backs of all four legs. 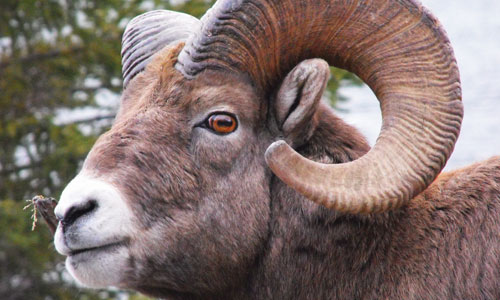 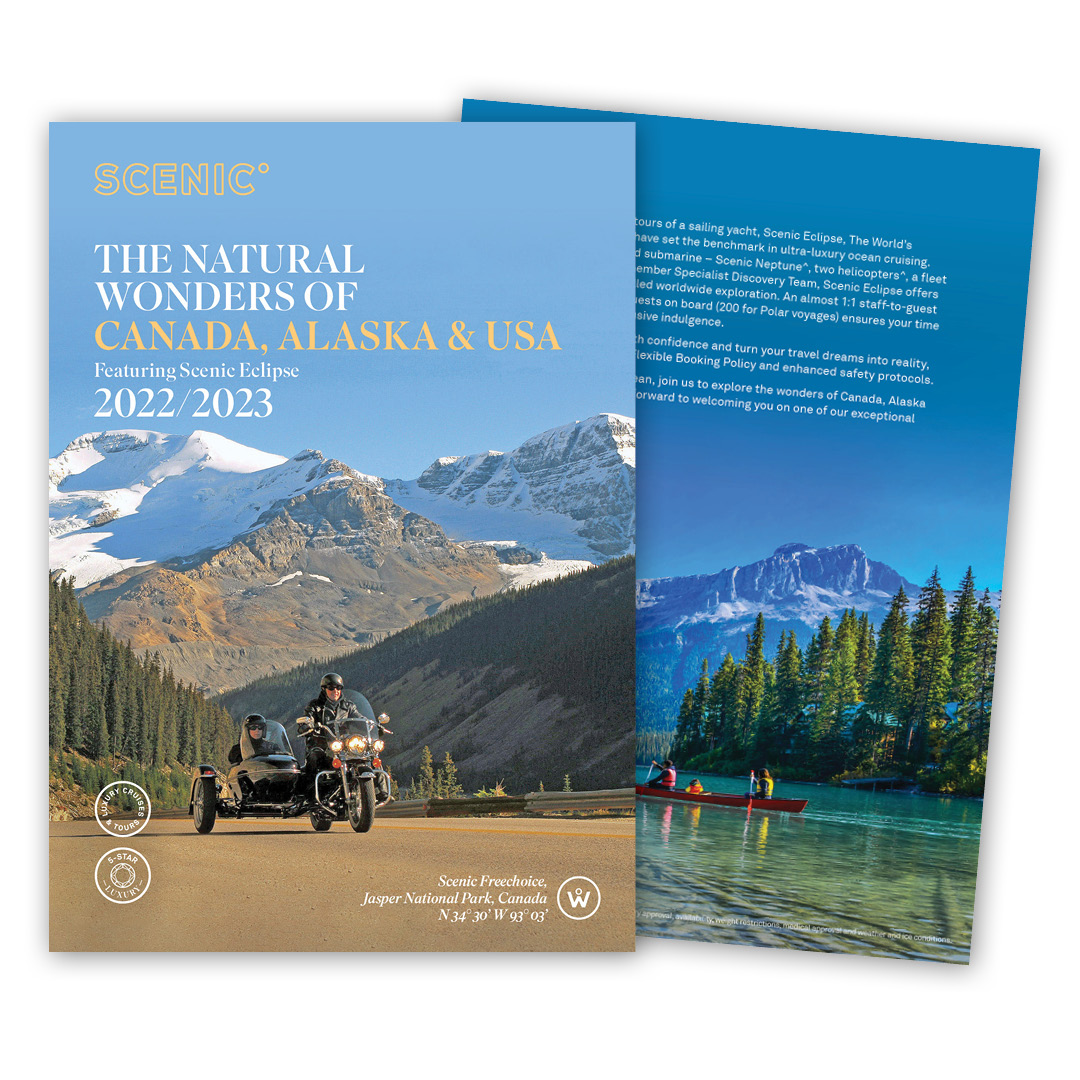