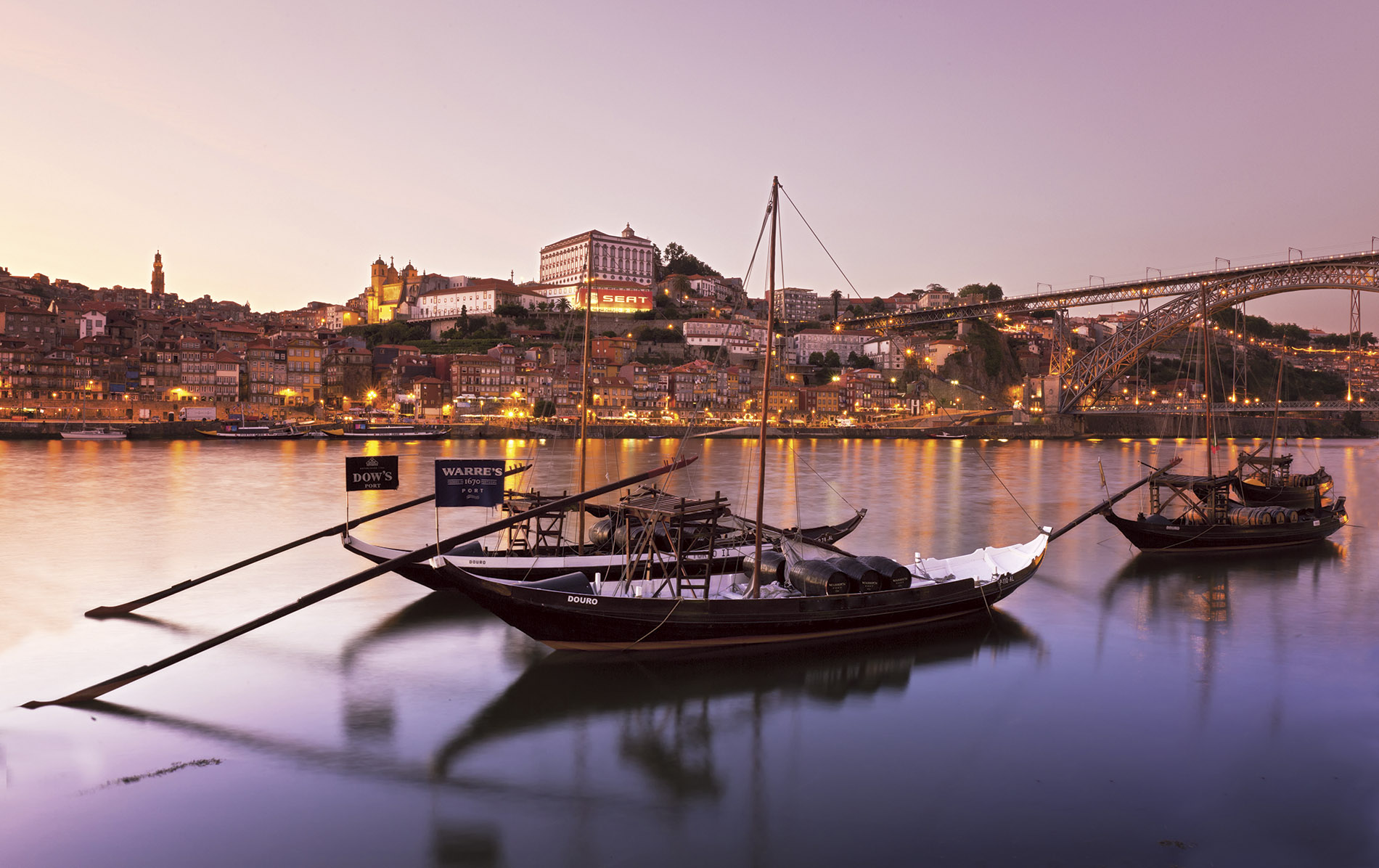 Learn more about one of Portugal's most stunning cities.

View Itineraries
Perhaps one of the most underrated destinations in Europe; Porto possesses an intoxicating charm befitting one of the continent’s oldest cities. Clinging to the banks of the fabled Douro River as it makes steady progress towards the mouth of the Atlantic, Porto was once one of the world’s most powerful and influential cities; the beating heart of Portugal’s commanding empire.
While Portugal may have lost some of its economic clout on the world stage, this has done nothing to detract from the exquisite beauty and charm of its capital city. Comprising a maze of twisting cobbled streets leading to awe-inspiring plazas; Porto is unlike any other capital city in the world, and one which seems to have forgone modernity to retain its glorious past.
Churches, plazas and colorful shop front facades; these are but a few of the features which have come to typify this historic city. UNESCO protects much of Porto on account of its historic architecture, making it one of the world’s finest cities to explore on foot. Couple this with a hotbed of culture, heritage and exquisite cuisine, and a visit to Porto promises a journey to remember. Porto owes its depth of history to a roster of civilizations, each leaving its distinct mark upon the city. The city was first founded by the Celts in 300BC, before the Romans occupied the Iberian Peninsula, laying claim to Porto as well as the Spanish cities of Madrid and Barcelona.
The Romans ruled Porto for centuries, largely thanks to its favorable water-locked position on the brink of the vast Atlantic Ocean. However, in 711AD, the Moors invaded the Peninsula, seizing control of the city and ending Roman rule. Given the city’s advantageous location, many wars were subsequently fought over the control of Porto, before Count Vimara Peres restored peace to the region in the 9th century.
Following the marriage of John I of Portugal and Philippa of Lancaster in 1387, Portugal and England entered into a long-standing military alliance. This ultimately became the Portuguese-English Alliance, the world’s oldest coalition which is said to have inspired the formation of NATO.
Thanks to Portugal’s amicable relationship with England, its capital, Porto, flourished. By the 15th century, the country had entered its celebrated Age of Discovery, with Porto at the epicentre of global navigation, exploration and trade.
In the centuries that followed, Portugal lost some of its power as a result of political unrest and a string of civil wars. In 1910, the Portuguese monarchy was overthrown in a revolution which mirrored that of the French, ultimately bringing peace and stability to the country, and forging a new era in Porto’s history. From its ageless bridges to its historic Douro port wine vineries, Porto is a hotbed of culture, heritage and intrigue. Here, we showcase but a handful of Porto’s must-see attractions.

While Porto is lacking in the sort of grand civic buildings found in other European capitals, the city’s former stock exchange, Palácio da Bolsa, more than makes up for it. Featuring wonderfully ornate interior design elements, Palácio da Bolsa could rival any state building on sheer grandeur and opulence alone. One of the most exquisite rooms within the neoclassical building is the Arab Room, whose entire surface area is covered in exotic wood carvings and masses of gold leaf inlays.

Separated from the primary bulk of Porto by the Douro River, Vila Nova De Gaia is the city’s charming port district, and is dominated by lodges historically used to age Porto world-renowned port wine. Take a walk in this distinct neighbourhood, and you’ll notice the entranceways to each lodge emblazoned with the name of the original port families. Many of the lodges are still in operation today, and it’s possible to take a tour among the barrels and sample some of the delicious product held within

Not so much a single attraction, but an entire neighborhood; Ribeira is Porto’s oldest enclave, and was granted UNESCO World Heritage status in 1997 on account of its stunning architectural gems. Take a walk among the ancient buildings and passageways, and you’ll feel you’ve taken a step back in time. Amid the countless antique buildings, you’ll find many of the city’s most charming restaurants and cafes — and what better place to sit and enjoy an authentic Portuguese meal. 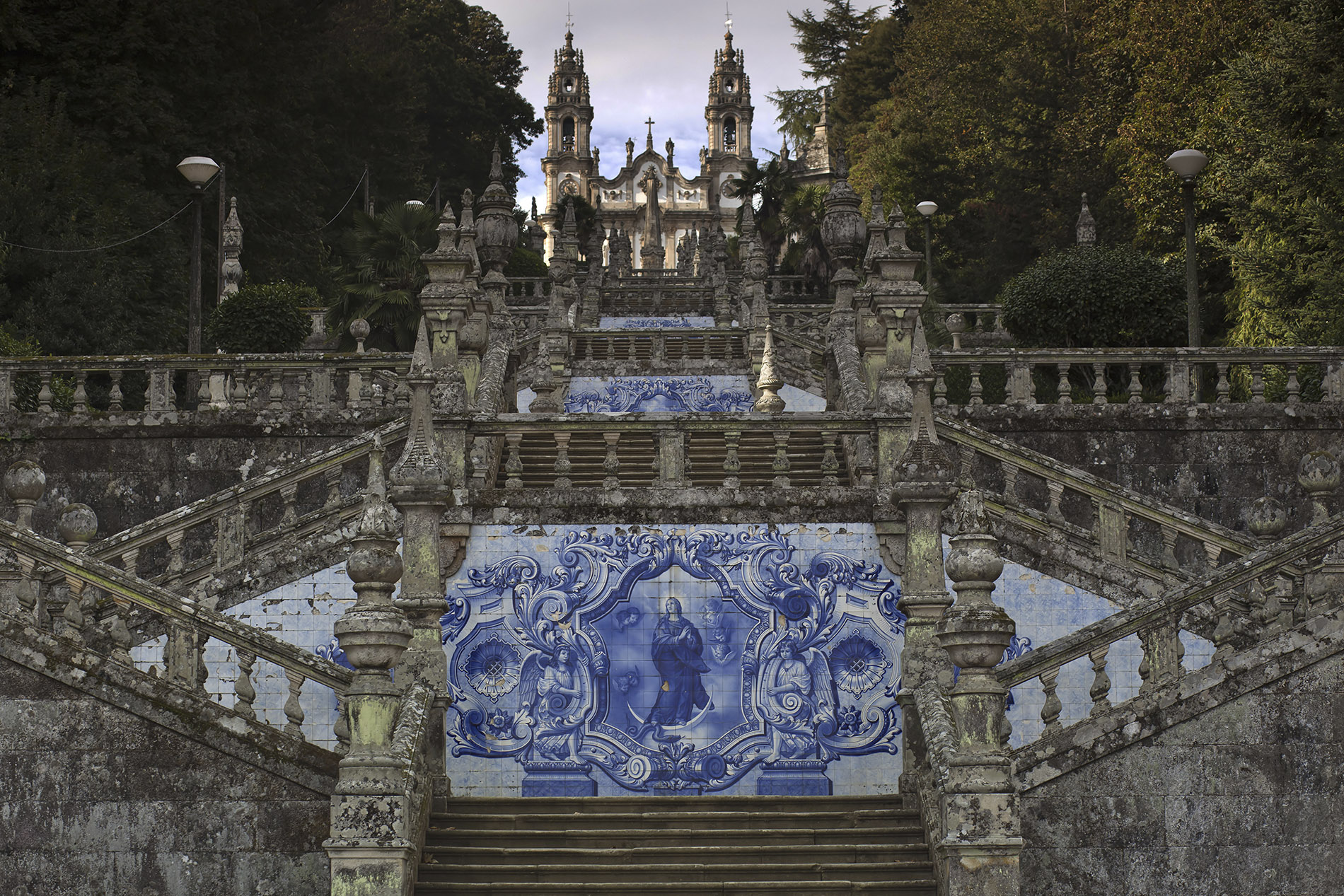 Porto may be one of Europe’s oldest cities, but it’s not without its modern luxuries. Like most capital cities, Porto benefits from a vast roster of retail outlets, giving you plenty of opportunity to splash your holiday spends on something decadent.

Housing dozens of high street retailers and smaller, independent gift and homeware shops, Via Catarina is Porto’s largest shopping centre. While visiting a shopping center might not be the most cultural way to spend your time in the city, the center is themed to reflect the city’s charming heritage, so there’s no need to feel guilty about forgoing that museum or gallery in favor of a little retail therapy.

Porto’s main shopping street, Rua de Santa Caterina weaves through the center of the city, and bustles with locals and tourists attracted to the raft of shops and designer boutiques. You’ll find absolutely everything on this distinctive boulevard, from shoe shops and jewelry stores to port wine vendors and food stalls. Plus, it’s architecture makes for glorious sightseeing, so you can enjoy the best of both worlds.

If you’re looking for an authentic slice of local life in Porto, the Mercado do Bolhao is the perfect place to visit. A traditional market selling everything from fresh flowers to handcrafted clothing, Mercado do Bolhao entreats you to part with your holiday spends on something truly unique and unforgettable.

If Porto is at the top of your travel wish list, there’s no better way to experience this majestic city than during a luxury Douro river cruise with Scenic. To find out more, visit the Scenic homepage or call us at 1-857-201-0063. Unforgettable Douro with Lisbon
Lisbon to Porto
Starting in Lisbon, enjoy a three night stay before taking in the delights of the Douro on an all-inclusive luxury cruise of the idyllic Douro Valley.
Offers Available
Fly Free inc taxes
Conditions apply
14 day
From (USD)
$ 7,895
Discover