Tracing history along the Seine with Scenic

Be transported to a world of past French kings, crusaders and artists, as Scenic helps you to uncover the historic towns of northern France.
To wind along the Seine River is to delve into art, culture and the tales of history that span centuries of civilization in fascinating and alluring France.
A treasure trove of medieval abbeys, castles and a labyrinth of cobbled streets means that any visit to the cities and countryside of the Seine Valley is like following in the footsteps of writers, poets and soldiers.
On a 5-star, truly all-inclusive luxury France river cruise, our Tour Directors and knowledgeable guides will take you to the very places where events of global significance took place. From visiting Richard the Lionheart's Chateau Gillard, to the famous sites relating to Joan of Arc and commemorating those who lost their lives during World War I Battle of the Somme.

Richard the Lionheart and Joan of Arc

Spending two days in Rouen, the capital of Normandy, you won’t want to miss the chance to visit Château Gaillard, a medieval castle occupied by English King, Richard the Lionheart. Joining this tour, you’ll roam the streets of Les Andelys town with specialist tour guide Ben Baillie, dressed up in chainmail armor as Richard the Lionheart. Together, you’ll ascend to the castle with ‘Richard’, listening to the stories of how the Duke of Normandy, ruling between 1189 and 1199, was an important Christian commander during the Third Crusade.
Also in Rouen, you will find the presence of Joan of Arc in several locations around the city. Visit the Joan of Arc History Museum that houses the remains of the Room of Officiality where Joan’s condemnation was announced in 1431 and see where she was tragically burned.

Get a glimpse of what the Somme battlefields might have been like and commemorate the lives of more than 150,000 British and Commonwealth soldiers. You may choose to visit the British Normandy Memorial which opened on 6th June  2021 to commemorate the 77th anniversary of the D-Day Landings. The memorial records the names of the 22,442 servicemen and women under British command who fell on D-Day and during the Battle of Normandy in the summer of 1944. 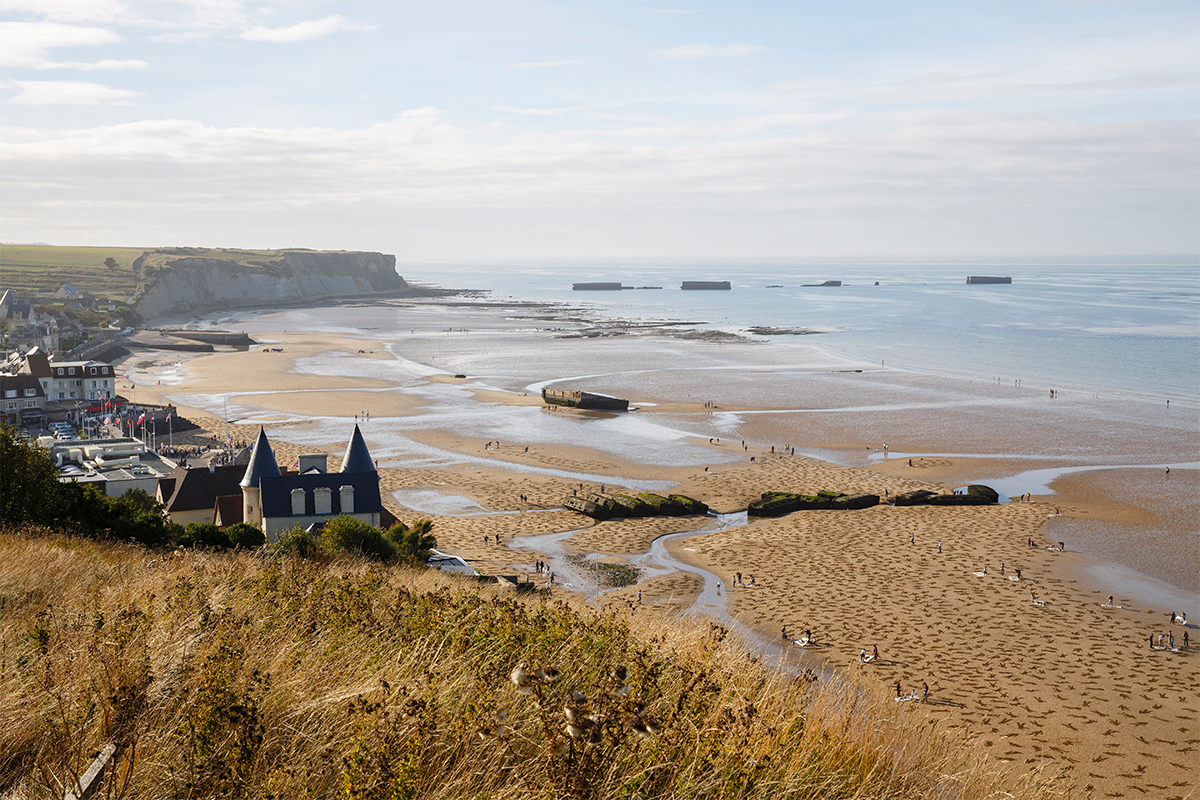 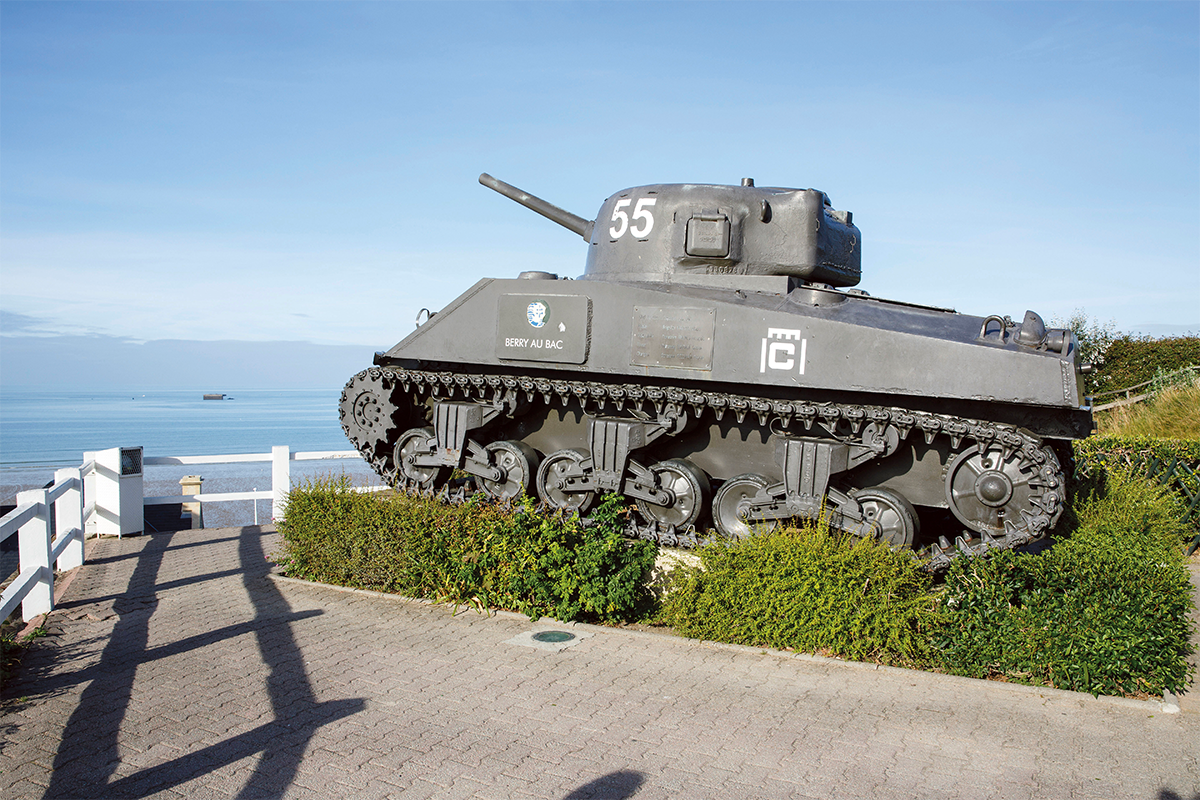 Walk the historic Normandy beaches, the site of the D-Day Landings. Look out from a hilltop position above Omaha Beach and take in the sombre experience of being surrounded by 9,387 graves of the Normandy Cemetery or visit numerous British sites such as Sword Beach, where British forces landed on 6th June 1944. 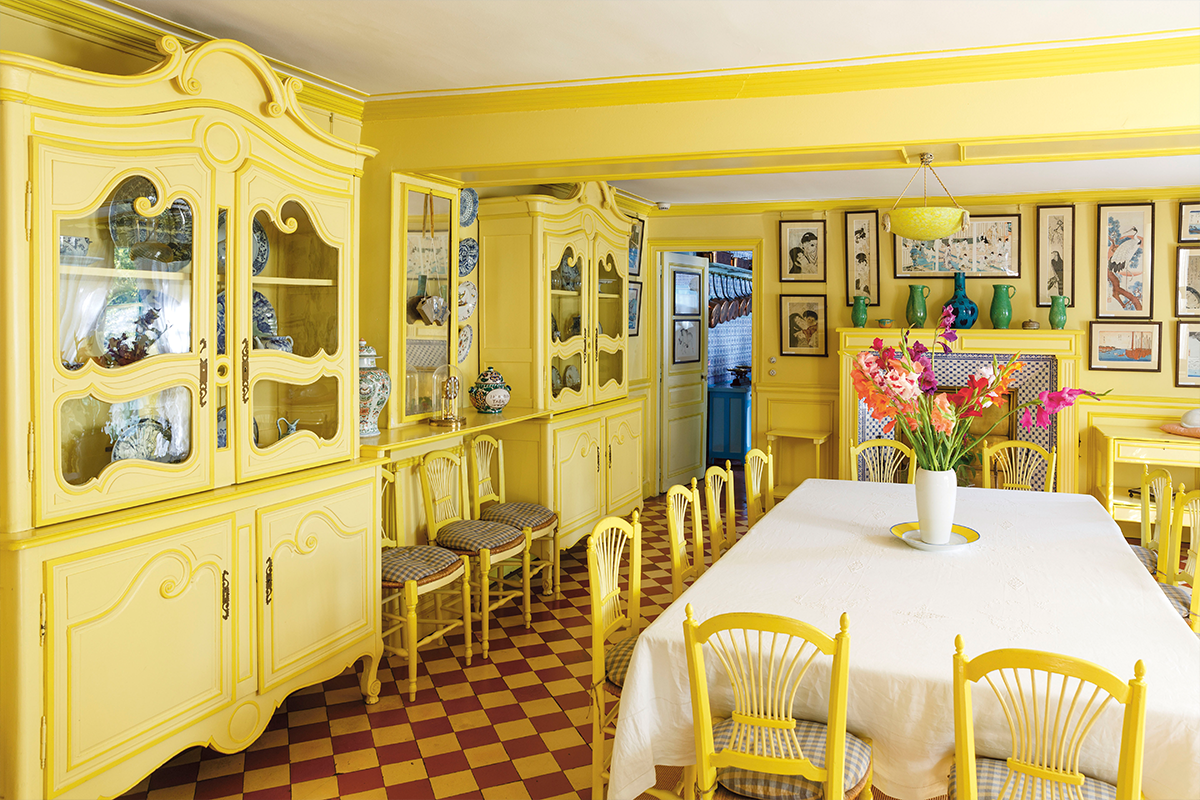 In Giverny, visit the home and beautiful Japanese-inspired water gardens of French legendary Impressionist painter, Claude Monet – credited as the ‘painter of light’. The iconic painter lived here for 43 years, between 1883 and 1926 with his wife Alice, his two sons, his four step-daughters and two step-sons. Join the Scenic Freechoice activity, taking a guided tour as you view the dining room that he had painted bright yellow; his artist studio, an aqua-blue sitting room and his bedroom where he passed away. Original furniture and objects still adorn the home, creating an incredibly authentic experience. In the water garden, you can view the famous Japanese bridge covered with wisteria planted by Monet, surrounded by weeping willows and bamboo. Some of his most famous paintings including Water Lillies and The Artist’s Garden at Giverny were painted here.

In Vernon, be treated to an incredible Scenic Enrich experience that will leave a long-lasting impression on your French sojourn. Visit the Chateau La Roche Guyon property built on the Chalk Hillside with a history that dates back to the 16th century. During WWII, the chateau was the headquarters of Nazi German general, Erwin Rommel. Pass through the chateau's orchard and vegetable garden that is manicured and tended to by a team of nine on-site gardeners. Ascend an atmospheric short walk, up cobblestones, to arrive to beverages including some local drinks and juices from the chateau's orchards. Be immersed in an evening of French finery as you listen to an exclusive concert hosted by classical French composers. In the chateau, you can view the beautifully decorated walls and ceiling frescoes as well as centuries-old tapestries.

Auvers-sur-Oise on the outskirts of Paris

Located nearly 20 miles from Paris, the village of Auvers-sur-Oise (on the banks of the river Oise) was a popular location to a number of prominent 19th century artists including Paul Cézanne, Camille Pissarro and Vincent van Gogh. Take a Scenic Freechoice activity to visit Auvers-Sur-Oise and let our local guides point out landmarks that are immortalized by Vincent Van Gogh in some of his most renowned artworks, including the Notre Dame de l'Assomption. Take the tour to view Van Gogh’s room and the last place where he lived.

In Maincy, 35 miles southeast of Paris, let our guides transport you to another world during this amazing Scenic Freechoice activity visiting Chateau Vaux le Vicomte – a spectacular Baroque Chateau credited as the founding French formal garden. King Louis XIV was so impressed that he hired the same team to create the gardens at Château de Versailles. The garden is designed in perfect symmetry, the work of André Le Nôtre which is explained in the basement of the château via a large audio-visual display. A museum on site also displays a rare collection of antique carriages.
These are just some of the historic sites you’ll experience during truly all-inclusive luxury cruise along the Seine with Scenic. Discover fortresses, street cafés, traditional churches and picturesque villages with your Scenic expert guides, trained to guide you to the very best sites and highlights that will help you make the most of your cruise.

The allure of France has fascinated discerning travellers for centuries, with its rich combination of art, architecture, history and world-renowned gastronomy. Join Scenic on a truly all-inclusive luxury cruise along France’s waterways as we take you to the heart of its captivating cities and provinces.

Normandy & Gems of the Seine

Cruise along the Seine on an 11 day journey from Paris to Honfleur.

Book now with confidence for 2022 and choose from our Super Earlybird and Earlybird Offers. Learn more about these offers today.

Start planning your truly all-inclusive Scenic luxury cruise in 2022, to discover the historic waterways of Europe.