Illustrious history and culture abound in Paris, the City of Light on the banks of the enduringly romantic Seine. 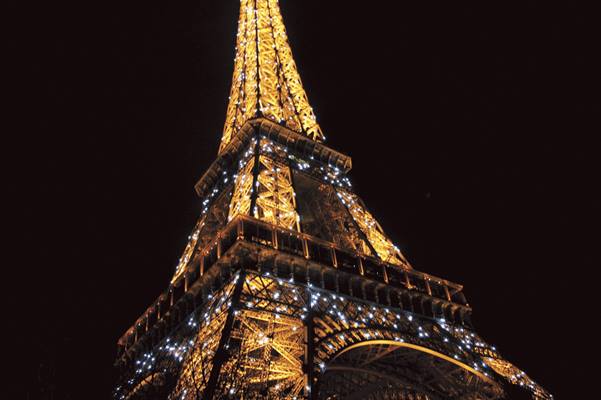 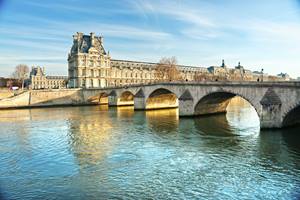 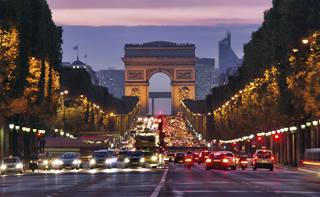 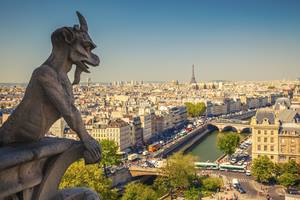 View Gallery (5)
No city in the world arouses the senses quite like Paris. From its universally recognisable landmarks to its quaint street cafes, the City of Lights (so named on account of it being the first city to be electrified) is arguably Europe’s most beloved city break destination; a place seemingly alive with the hum of nostalgia but at the same time progressive, contemporary and ardently forward-thinking.

However many times you visit the French capital, there’s always something new to discover. On the surface Paris appears old, elegant and timeless; but behind the grandiose facade of its palaces and boulevards, this is a city in a near-constant state of change. Every single time you pay Paris a visit, there is always new bars to frequent, new restaurants to savor and a whole host of new cultural highlights to enjoy.

Of course, much of Paris will never change. The city has existed on the banks of the River Seine for some five thousand years, and its boulevards and avenues are awash with history, heritage and intrigue — from the tourist laden Champs-Élysées to the cobbled byways of the Marais. Paris’ collection of village-like arrondissements give it an irreplaceable quality that’s effused creative inspiration for generations of artists, and however short your stay, you’ll feel you’ve lived just like a Parisian for the duration of your visit.

Taking its name from the Celtic Parisii tribe, Paris was first established in the 3rd century BC at a beneficial site on the banks of the River Seine. For decades the city prospered thanks to the north-to-south trade routes which crossed the Île de la Cité, but in 52BC the Romans conquered the Paris basin, creating a new city on the left bank complete with theaters, baths, temples and an amphitheater.

Under Roman and later Merovingian Dynasty rule, Paris (or Parisius as it was referred to in Latin) quickly became one of the most prosperous metropolises in France. By the end of the 12th century, the city was proclaimed the cultural, political and religious capital of the country, and a new royal palace was established on the Île de la Cité — one of the Seine’s two remaining natural islands in the heart of the city.

Over the proceeding centuries, Paris was subject to much political, social and religious unrest — from the Joan of Arc uprising to the St. Bartholomew’s Day Massacre. Despite these turbulent years, the city flourished as a global center for the arts, culture, philosophy and science, all of which were bolstered by the construction of the Sorbonne and Notre Dame. At the turn of the 17th century, chief minister to Louis XIII, Cardinal Richelieu, began a campaign to make Paris the most beautiful city in the world, and it is to him we owe the Palais-Royal and five of the city’s historic bridges.

During the 18th century, Paris was the European capital of book publishing, high fashion and the creation of luxury goods and fine furnishings. However, in 1789, the French Revolution brought chaos to the city’s streets, ultimately resulting in the Reign of Terror — whereby over 16,000 royal dignitaries and aristocrats were put to the guillotine.

In the wake of the revolution, Napoléon Bonaparte seized power and ordered the creation of several monuments celebrating military glory, including the Arc de Triomphe. After this time, Paris was thrust again into the path of war, once at the start of the First World War and again during the Second World War. Despite this, the city remained a mecca for writers, musicians and artists, with such figures as Ernest Hemingway, James Joyce, Sidney Bechet and Salvador Dali finding great inspiration within the limits of the city.

Despite being one of the most influential cities on the planet, Paris is small enough to explore on foot — and that’s exactly how it should be negotiated. From the vantage point of the Seine, which runs from east to west through the center of the city, it’s easy to take in many of Paris’ most famous sites and attractions — or else go off-piste and discover some of its lesser known cultural wonders.

Combining exquisite architecture with an unrivaled collection of the late sculptor’s works; Musée National Rodin is essential for those familiar with the artist’s work or with sculptural art or more generally. Located in the 7th arrondissement, just steps from the Tombeau de Napoléon ler, Rodin’s former mansion home now contains an exemplary collection of the sculptor’s works, including the Balzac, the Burghers of Calais and the evocative Gates of Hell.

First established as a laboratory for contemporary art, the Palais de Tokyo is now considered one of the most exciting visual art spaces in Paris. Opened just over a decade ago, Palais de Tokyo has retained much of its 1930s splendor, and is home to an exceptional array of artistic works from an extensive roster of international artists. Amid the imposing concrete rooms, new and exciting exhibitions emerge regularly, many of which explore the experimental boundaries of modern art — from Bouchra Khalili to Jean-Michel Alberola. 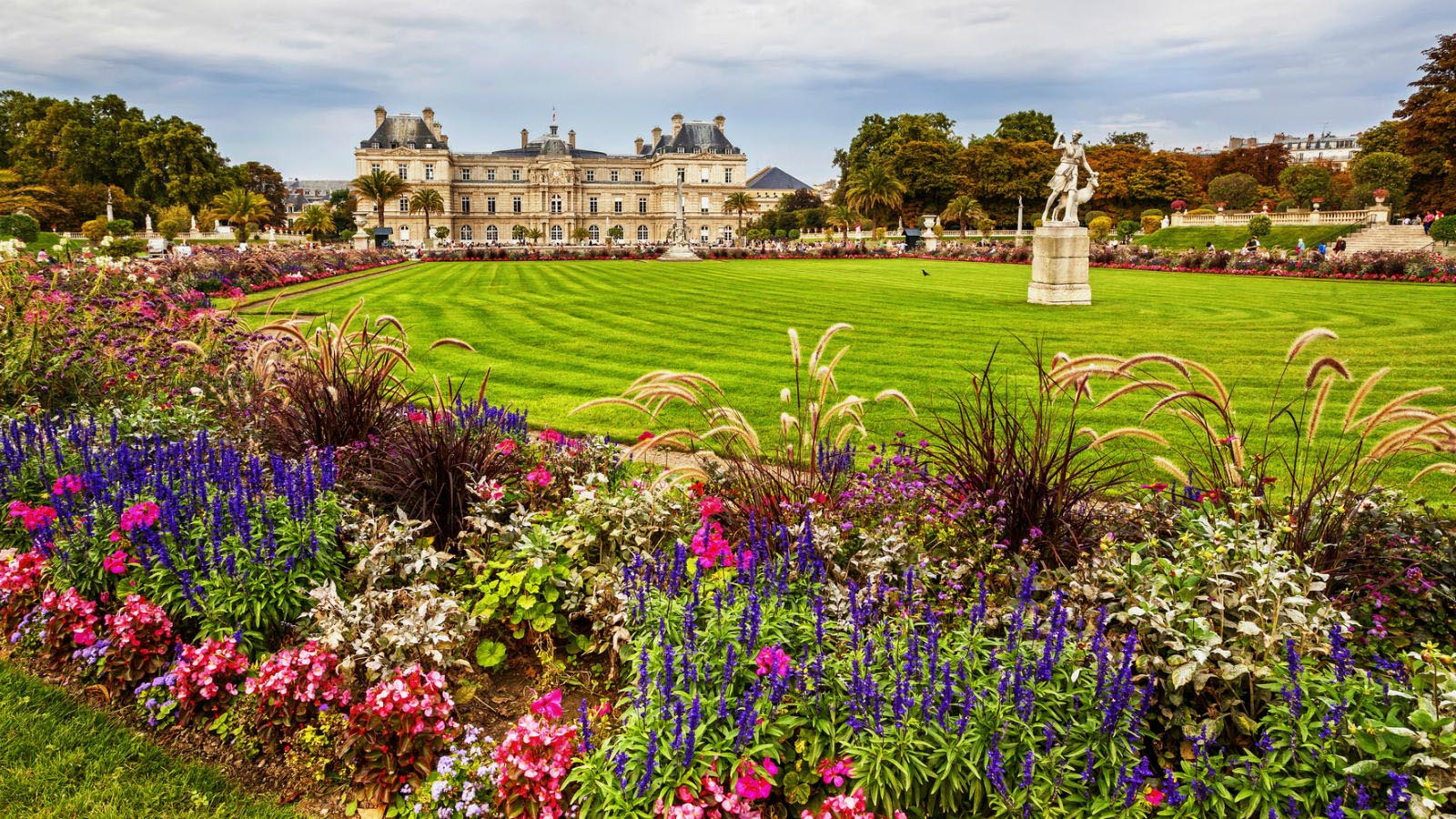 Frequented by the likes of Ernest Hemingway, Henry James and Gertrude Stein; Jardin du Luxembourg is the archetypal Parisian park, and the source of inspiration for dozens of artists, writers and musicians since its creation in the 17th century. Renowned for its manicured lawns and pruned flowerbeds, the garden also houses the seat of the French Senate, who regularly convene within the Luxembourg Palace. On a sunny summer’s day, the parks shaded walkways and benches provide the perfect place for a sophisticated picnic luncheon.

Should Monet spotting be at the top of your Paris to-do list, there’s no better place to visit than Musée de l’Orangerie. Located beside the Place de la Concorde a stone’s throw from the Seine, this unique museum houses a handful of Monet’s most prized works, each of which has been specially hung in an elliptical room to convey the artist’s masterful exploration of light. Given the museum is connected by footbridge to the Musée d’Orsay, why not tackle both of these extraordinary attractions in one fell swoop?

Fondation Louis Vuitton For fans of famous Parisian fashion house, Louis Vuitton, a visit to the Fondation Louis Vuitton is certainly worth the journey out to the 16th arrondissement of the city. This art museum and cultural center is as impressive outside as it is within; its striking architectural design providing an imaginative space in which to house the selection of fashion-themed historical artifacts and treasures.

After being at the forefront of high fashion for some three hundred years, Paris has cultivated a reputation as the style and retail capital of the world. The city is home to more classic fashion houses and flagship stores than any other city on Earth, and the choice of retail districts is enough to keep even the most enthusiastic shoppers happy.

To experience first hand the grandeur of the Belle Epoque, make for Boulevard Haussman — which is home to a number of decadent 19th century department stores, including Galaries Lafayette and Printemps. These ‘grands magasins’ are packed with designer clothing, jewelry and homeware collections, as well as gourmet food outlets and fashionable cafes.

One of the oldest and most charming arrondissements in Paris; Le Marais is home to an eclectic mix of quality chain stores, independent boutiques, vintage shops and high-end fashion outlets. The best shopping streets in the neighborhood include Rue des Rosiers, Rue des Francs-Bourgeois and Place des Vosgues, while Rue du pas de la Mule is home to celebrated chocolate maker, Josephine Vannier.

Normandy & Gems of the Seine
Paris to Paris
Cruise along the Seine on an 11 day journey from Paris to Honfleur. Tour the historic Normandy beaches and visit Giverny where you can see Monet's gardens.
Offers Available
Save $3,000 per couple Earlybird fare per couple
Conditions apply
11 day
From (USD)
$ 5,195
Discover

South of France with Highlights of Paris
Paris to Lyon
Offers Available
Save $3,000 per couple Earlybird fare per couple
Conditions apply
13 day
From (USD)
$ 6,495
Discover

Normandy & Gems of the Seine with Highlights of Paris
Paris to Paris
Offers Available
Save $3,000 per couple Earlybird fare per couple
Conditions apply
13 day
From (USD)
$ 6,795
Discover

Jewels of Europe with Paris
Paris to Budapest
On this 18 day luxury cruise from Paris to Budapest, take in the sights of Amsterdam, Cologne and Bamberg. Enjoy Scenic Sundowners in the Wachau Valley.
Offers Available
Save $3,000 per couple Earlybird fare per couple
Conditions apply
18 day
From (USD)
$ 7,845
Discover